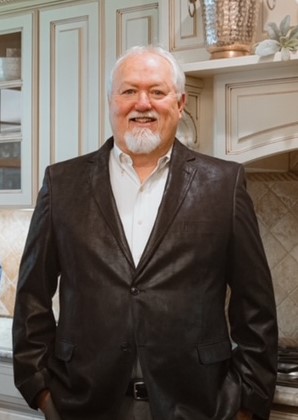 We are synonymous with excellence.

Danny Reed, President of Danny Reed Construction ,LLC. considers Houston County to be home. He moved to Warner Robins in 1971 and graduated from Northside High School in 1975. He is married to Sharon Dollar Reed, a Computer Specialist at Robins Air Force Base, now retired.

When Danny was in junior high and high school, he would earn money during the summers by working with construction crews. In 1977, Chief Earnest Wood gave him a huge break and hired him to work for the Warner Robins Fire Department. To supplement his income, Reed would work remodeling jobs on his off days. The Department of Defense hired Danny in 1981 as a Primary Rescue man for Robins AFB. That same year, he started Reed Custom Countertops, Inc. “The company was growing at a rapid rate and required my full attention so in 1985 my wife and I decided it was time for me to leave the base to become a full time businessman”, recalls Danny.

In 1986 he wanted to extend his services to his clients; hence, the creation of Reed Cabinet Company and Middle Georgia Marble. Danny enjoyed many successful years with these two businesses which he eventually sold in 1995. Reed Construction Company, a full service building enterprise, was soon to follow.

Danny considers himself to be one of the most blessed men on the face of the earth. “I feel this is my calling in life. I truly love what I do.” Whether building a custom home for a client or drafting a remodeling project, Danny considers this to be his ministry. “Each year the Lord puts people in our pathway that I know we have to help.” Danny is very passionate about his work and it shows in the quality and architectural detail of his projects. He loves to satisfy his clients and tends to provide much more than they asked for. The Bible says to esteem others better than ourselves. “I know I serve a higher authority and therefore, integrity, honesty and being a good steward with my clients’ money is a direct reflection on my business and my walk with the Lord.”

Reed considers his company to be unique. “We love to help each customer design their dream whether it be a custom home a much needed kitchen remodel. I am very involved in each project and try to lead by example.” Anyone who knows Danny and Danny Reed Construction, says that Reed is a stickler for details and perfection. “I can assure you there are no shortcuts taken on any of our projects.” Sharon says that her husband builds from his heart and leaves a part of himself with every house. “It never ceases to amaze me when I walk onto his job sites. He’s truly an artist.” Jim Dollar, Reed’s father-in-law, who retired from Warner Robins Supply after 23 years, says that he’s been involved with construction projects all over the state. “I’ve never seen anyone put the personal touches in trim and cabinetry design that Danny does. I've watched him grow over years into a fine craftsman and a fine Christian.” Anyone who knows Danny can attest to the fact that he puts 110% into everything that he does. He has a saying, “If you’re going to be a bear, be a grizzly bear!

We are a Warner Robins based general contractor, offering custom built homes and remodeling services. Whether your project is large or small our approach is honest and simple; understanding your contractor needs combined with our detailed management, superior teamwork as well as hands-on building and remodeling skills; your project is delivered with care, craftsmanship and durability that will last a lifetime at a fair value. Kitchen and Bathroom remodeling is part of who we are. Fully licensed and insured.